SO MANY WAYS – MARIE

“I am connected with nature, with the elements.
I go out at night, look at the stars, I feel the wind, I feel the sun. I’m connected to everything around me.
I’m not so distracted by any concepts, patterns, things I have to have.
It’s easier for me to focus on what’s important.” 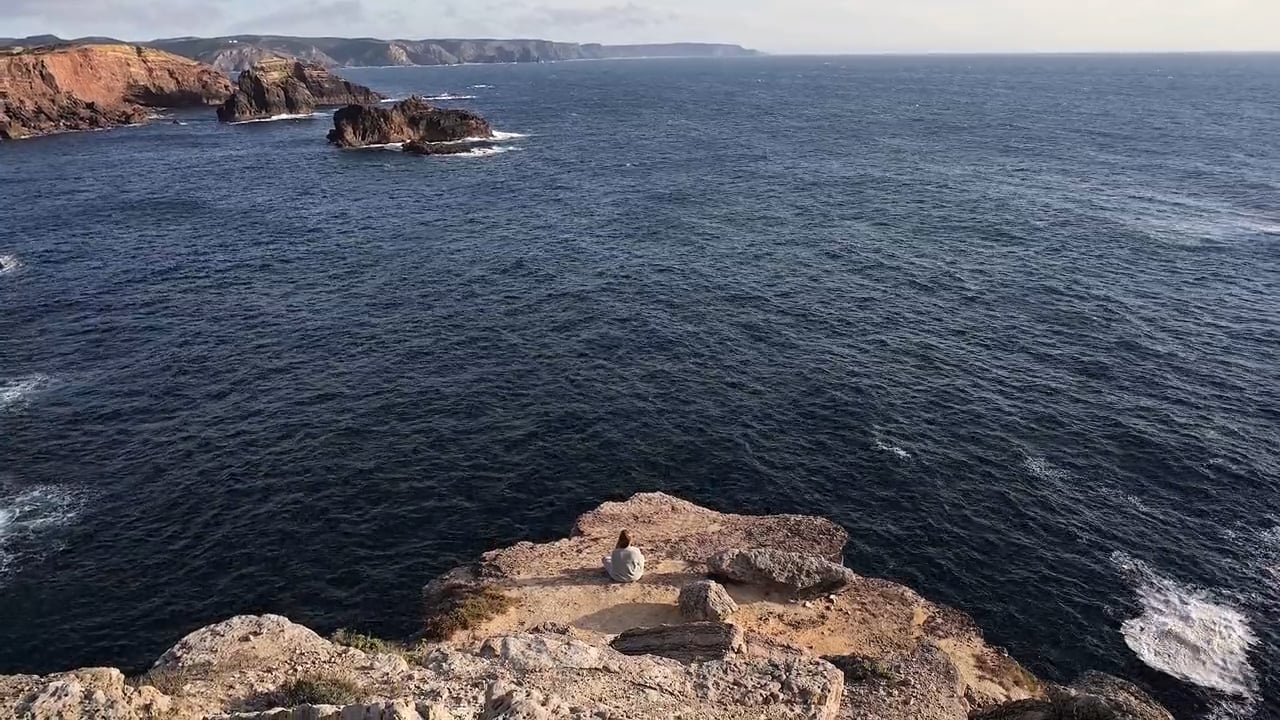 Marie worked in anaesthesia and intensive care in a small acute hospital. She was in her fourth year of training to become a medical doctor. Then she quit. Difficult working conditions, 24-hour shifts and a patriarchal-hierarchical system took away her enjoyment of the profession. She was so stressed that she felt she could no longer hear her inner voice, she no longer knew what was good for her. She lacked a connection to herself. The big city, with its many distractions, and the working conditions made her unhappy.

In each year of training, she was entitled to a sabbatical month. She used this for two yoga teacher trainings in India and Thailand. In the last sabbatical month, she flew to Portugal to buy her van, which she had previously rented for a holiday, and took it back to Berlin. It was a long process until she resigned. First just the thought of changing the job, then quitting completely. She packed her things, sublet her flat in Berlin and set off for Portugal. It was a transition into a new phase of life for Marie. Over the following months, she slowly found herself again.

At times, Marie felt very alone. Despite a strong yoga and meditation practice, she found it difficult to sustain herself, in the quiet of nature, without distractions. Slowly, she learned to give her emotions space and to feel herself again. The longer she is on the road, the more she appreciates time alone with herself.

Marie usually stays at a small autonomous campsite on the coast. Of course, at the beginning it is exciting and adventurous to spend the night in the great outdoors, always finding new places. But especially when she is emotionally vulnerable, she appreciates going to her steady place in the evening, where she knows a few people. That gives her peace and stability.

Marie’s decision to study medicine was intuitive, an obvious path in the western world. She likes to hold space for people, loves to take away their fear, be it as an anaesthetist or in her bodywork sessions. Through her yoga teacher training, she has found new ways to work with people and help them with their processes.

She has just supervised a yoga retreat in ­Portugal with another teacher, offering massages and bodywork sessions. The response was so positive that she was asked by the centre to run more retreats. Currently, she has no firm plans for the future. She can imagine a dynamic life concept. Working part-time as a doctor, offering bodywork sessions and teaching yoga alongside, taking time out again.

“In my experience, when I’m well-connected to myself and open, things come.”

TORSTEN
DAVID
LIMO
MARIE
SIMON
KRISTIANA
MEIKE
BRIAN
MAROUS
NICO
ELINE
MONI
KARIM
RAMON
LUICA
KARIN & YAKOV
YARI
REMKE
KARSTEN & CARINA
FRANÇOIS
ELIAS
LIA & JAN
JON
JOY
ANISSA
OLIVER
Privacy Settings
We use cookies to enhance your experience while using our website. If you are using our Services via a browser you can restrict, block or remove cookies through your web browser settings. We also use content and scripts from third parties that may use tracking technologies. You can selectively provide your consent below to allow such third party embeds. For complete information about the cookies we use, data we collect and how we process them, please check our Privacy Policy
Youtube
Consent to display content from Youtube
Vimeo
Consent to display content from Vimeo
Google Maps
Consent to display content from Google
Save